(1) Apostasy and Restoration by Gerd Skibbe


What did the Roman Emperor Constantine (275-337) do to the teachings of Jesus Christ?


From Wikipedia, the free encyclopedia:
"The reign of Constantine established a precedent for the position of the emperor as having great influence and ultimate regulatory authority within the religious discussions involving the early Christian councils of that time, e.g., most notably the dispute over Arianism, and the nature of God... Arius asserted that the Son of God was a subordinate entity to God the Father. Deemed a heretic  by the Ecumenical First Council of Nicaea of 325 "

Question: Would a Christian of the first three Centuries be more familiar with the main stream (established ) Christian beliefs or with Mormonism?

"Mormonism", perhaps the most tolerant Religion worldwide, by many could experts defined as a mere mix of American Ideologies, stands in stark opposition to the catholic influences of religious teachings.

However as we are blessed to live in a time where information has become our elixir of life and democracy. Inasmuch as we all claim to be Christians. Endowed with the ability to reason. I feel at liberty to take a closer look at Dr. Hauths statements. I feel obliged to present some of the results gained through a lifetime of studying historic events. Especially as his totally opposing views appear in many publications freely given to an unsuspecting Public.

Again I ask the poignant Question: Would a Christian of the first three Centuries placed in today’s World feel at ease if he, let us say: were placed at an evangelical Church congress?


From Wikipedia, the free encyclopedia:

In the early 20th century, the Jerusalem cross also came to be used as a symbol of world evangelisation in Protestantism.

The design originates with the coat of arms worn by Godfrey of Bouillon during the First Crusade, and it remained in use as the armorial of the Kingdom of Jerusalem throughout its duration (1099–1291).[1] The symbolism of the five-fold cross is variously given as the Five Wounds of Christ, Christ and the four quarters of the world, Christ and the four evangelists. The "false blazonry" used for the Kingdom of Jerusalem ("metal upon metal", i.e. or (gold) on argent (silver)) was connected to Psalms 68:13, which mentions a "dove covered in silver, and her feathers with yellow gold".[1] The symbolism of five crosses representing the Five Wounds is first recorded earlier in the 11th century, with the consecration of the St Brelade's Church under the patronage of Robert of Normandy (before 1035); the crosses are incised in the church's altar slab.

If he - a Christian of the first three Centuries - were left to exam all the proceedings of such a day. Would he find all that is familiar or would he find himself lost in a different and totally alien environment?


If our visitor from the past were left in one of the huge Cathedrals or Dom’s. Would he feel at home? Or would the dimensions and coldness there of alarm him?
In the 21 century we aware of the fact that these enormous Buildings were just another expression of Constantine gigantism and pride, having nothing at all to do with our early Christian reality. Excavations have proven that prior to the year of 320 there were in Rome no Chapels or Basilicas, there were nowhere altars! (3)

Our visitor from the past would be very surprised.


On the 7th of November 2005 under the Title “Discovery of the oldest Christian church” was reported in the “Spiegel”:

"Archaeologists had excavated what they believe to be the oldest Christian Church in Megiddo, Israel beneath the ruins of an old Prison. They found writings of Greek origin, geometric works of art, The name of Christ in a circle of fishes. Which we know to be the early symbol of Christianity.

The excavations substantiate that instead of an Altar, - like we find them in 20 centuries Churches, - they found only a hint of a “Table” in the centre of the room. Leah di Segni expert at the Hebrew University in Jerusalem explained, (quote): The Idea of the definition of “Table” instead of “Altar” could have a dramatic result in regards to the study of early rituals, because the expected belief of our day is, that Jesus Christ administered the Sacrament on an Altar.” (4)

In utter amazement our Brother from the past would ask: People get paid for working in the Church?

"Church ... tends ... to defend once acquired property and acquired positions.'s Ability to self-restraint and self-circumcision is not developed in the right way."
(Joseph Cardinal Ratzinger in the book "Salt of the Earth", Stuttgart, 1996, p 185)

In the Year 220 a Roman Bishop by the name of Hippolyt laments the fact that the members of the Theodotian Congregation pay a monthly wage to their Bishop. He calls it an “outrageous new Idea” (5)


In utter bewilderment our visitor would gaze to behold the Clerical and ecclesiastical Robes and Head coverings of today’s Pastors and Bishops. The Leaders of his time never wore any kind of different attire as the remainder of the congregation.

“Not until the council at Narbonne in the Year 589 did the wearing of ecclesiastical Robes find their way into Church.”

With great anguish our visitor would view the array of Crosses. Christians of the first four centuries knew not the Cross as it represented the Symbol of Christ’s death. For them, to carry the burden of the cross implied:

To live as Lambs in a world of Wolfs.

“The Symbol of the Cross among Christians can only be found after the year of 375, at the time of the great migrations of the Peoples.”

Crosses where known as instruments of martyrdom, or as Symbols of Victory on the flags of Roman legions. There they existed well over a hundred years before the reign of Constantine.

In the “Dialog to Octavius” written by Felix Minucius in the year of 200 he relates that the combination of the cross on which Jesus died and the Crosses of the Romans in order to promote adoration and worship are not desired. He writes to a non Christian citizen of Rome:

“We (Christians) will not pray to a Cross and do not wish them. You however having consecrated wooden Idols may choose to pray to wooden crosses as they are part of your worship. Jet what more are they then the military emblems on your Roman Banners and Flags. Your decorated and gilded Crosses, Symbols of Victory. Do not only have the appearance of a simple cross, they remind us of the Crucified.
With your (pagan) customs comes the worshipping of the cross” (8)

The man which at the council of Ephesus in 431 promoted the Cross of Constantine to be a part of all Christian services was Cyril of Alexandria.
I dare not mention the kind of Church leader this man truly was, perhaps you should endeavour to read an account written by Dr. Leonhard Fendt. In his honest, brilliant, outspoken and totally unafraid manner this valiant catholic Priest reports (9) how this Cyril with the help of his uncle the Patriarch Theophilus of Alexandria plundered the Temple of Serapes ( this was the Temple dedicated to the biblical Joseph of Egypt). He (Dr. Fendt), does not leave this power hungry “holy” Cyril with a single good hair on his head.

In the end – in 432 - much money had to be invested to release him from Prison in which Emperor Theodosius II. had him transported because of his quarrelsome behaviour in Constantinople.
Every hair would stand on ends should our visitor be exposed to some of the terrible fights between the “holy” Patriarch Cyril of Alexandria and his religious opponent Nestorius.

In the year of 431 these two did not only fight it out with words, Pelusium a Friend of Cyril in a letter to Cyril wrote:
“Do not use so much forceful language. Judge matters rightfully. Many of the members in the council of Ephesus are mocking you because of you behaviour. It seams as though you are at war with a personal enemy, not being concerned about the affairs of the Church of Jesus Christ.” (10)

The reason for so much contention between the Patriarchs at hand was if Mary should be named after the manner of the Birth mother of Christ (Christotokos) or whether she is to be called (Theotokos) the Birth mother of God.
(Enjoy a look at the Book of Mormon 1.Nephi 11: 18, how easy it is)

How astonished people of our day would be on hearing the songs the Monks at the Emperors Palace would sing as the news of the banishment of Nestorius was made known.

“Despised are you, where ever you may be, accursed are you before God. For Christ alone is victorious at all times. Give the Jew to the Jews. Give the Traitor to the Jews. The People cried :
“Take the traitor Nestorius the Jew and burn him at the Stake.” He was exiled to the Egyptian desert to perish. (11)

Question:
What would be left of today’s ecumenical Christian Societies if some powerful, unseen hand would sweep away all that was removed as well as all that was added since the fourth Century?

Answer:
We would find a Society without Cathedrals, Dom’s no golden preacher pulpit, a Church without paid Clergy. In a Christian church in which every righteous male may hold the Priesthood, where all members are equals, without Priestly attire. A Church without Altars, without Infant baptism, no Belfries and no Crosses.

Happily the only thing left would be the teachings of Jesus Christ. And even He would be a different kind of Christ, a Christ in which his teachings once more would illuminate the World.

Would we send our Visitor from the past into a Chapel of the Church of Jesus Christ of Latter Day Saints? Any where worldwide, he would see a Sacrament Table, an undecorated Room. No Crosses, no Pictures, a Speakers pulpit. He would find a Bishop and two Bishop Counsellors caring for the Spiritual as well as some of the physical needs of his Congregation just as it used to be.


He would find gatherings of men holding the holy Priesthood, as well as that of the Women, Young Adults and Children. All enjoying equal rights. Being instructed by dedicated unpaid teachers.

﻿﻿﻿
Even the topics would be a reflection of those in the early gatherings of the Saints. Only in extreme situations would Politics find their way inside the walls of a Chapel. For now as then the focus should be on Joy. “Men are that they may have Joy" for thus teaches the Book of Mormon. The main concern of all Latter Day Leaders, our Prophet, the 12 apostles, the Seventies, Stake Presidents and Bishops now and then are the temporal and spiritual welfare of the Saints. For Jesus taught:

“Come unto me all ye who are weary and heavy laden, and I will give you rest.” 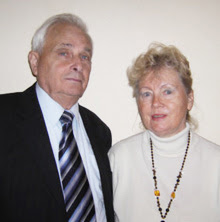